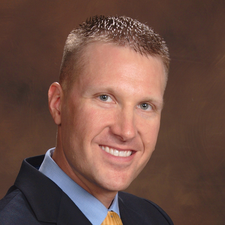 By Ben Dummett and Summer Said

The starter's gun has been fired on Aramco's initial public offering, but problems that have dogged the oil giant over the past four years remain. Perhaps the most pressing: convincing international investors that the company is worth what it says it is.

For some investors, the risks with Saudi Arabian Oil Co., as Aramco is known, were made clear by a recently disclosed 18% decline in net profit to $68 billion for the nine months ending in September from the same period a year ago. The figures raise questions about the resilience of the world's most profitable company, as oil price volatility remains high and in the aftermath of recent attacks that briefly slashed its output by about half.

The financial results were another step in the state-owned oil giant's preparations for an initial public offering slated for December. The launch comes after nearly four years of delays and received the go-ahead in recent days from Saudi Crown Prince Mohammed bin Salman.

Still, Aramco's earnings decline highlights the risks money managers face investing in a company whose income largely depends on the price of the underlying commodity. The risk is compounded by Aramco's state ownership structure. The kingdom's grip means minority investors will have little influence over Aramco's operations even after it lists.

"Guess where you go if you need some tax money? You go to your quasi-sovereigns," Mr. Patnaik said, adding that such a move wouldn't be unusual in an emerging-market economy.

At Sunday's launch announcement, Aramco CEO Amin Nasser said he had been meeting investors in New York, London and throughout Saudi Arabia in recent weeks, adding that the firm would further educate investors before publishing an IPO prospectus on Nov. 9.

"We have to explain a lot of things with regard to our strategy going forward," Mr. Nasser said.

Aramco aims to sell a 2% to 5% stake in the IPO, according to people familiar with the targets. That could generate proceeds of upward of $100 billion, making it the largest-ever IPO. Still, the Saudi government would remain by far the dominant shareholder with a 95% stake, which could reach 98% if Aramco only sells the minimum amount targeted in the offering.

The company's dividend payout, set at $75 billion annually, makes it attractive to investors seeking steady cash flows akin to a bond, some of the potential investors have said. As such, Aramco's offering is expected to be largely judged on the dividend yield it would generate for investors—the higher the yield the more appealing the investment but the lower the resulting valuation for Aramco.

Aramco is targeting a valuation of up to $2 trillion and has set a base valuation of around $1.7 trillion, The Wall Street Journal has reported. At those levels, the company would generate a dividend yield of between 3.75% and 4.4%, based on an annual payout of $75 billion. A lower valuation of $1.5 trillion, which some investors have said is more realistic, would raise the yield to 5%. Aramco will face investor pressure to deliver the higher yield, which would bring it in line with dividend yields of already trading energy majors. Royal Dutch Shell PLC, for example, carries a yield of more than 6%, according to FactSet.

"Let the market dynamics...drive the value and what the pricing should be for that IPO," one equity investor said ahead of the IPO announcement on Sunday.

During investor meetings ahead of the IPO, Aramco is expected to highlight the competitive advantage and diversity of its operations to reassure investors about its ability to meet its dividend commitment. According to Aramco's IPO presentations, the company's all-in production costs are between $7.20 and $7.40 a barrel of oil, ranking it among the world's lowest-cost producers and biggest oil exporters. Further, the company is making moves to expand its gas and chemical production operations to generate additional sources of revenue. In March, Aramco agreed to buy a 70% stake in Saudi Basic Industries Corp., the kingdom's petrochemicals firm, for $69.1 billion.

Still, some money managers have argued those advantages aren't enough to justify a lower yield given the risks Aramco faces. The killing last year of dissident Saudi journalist Jamal Khashoggi threatened investor confidence in the kingdom. The CIA concluded Mr. Khashoggi's death at the hands of Saudi operatives in Istanbul was likely ordered by Prince Mohammed.

The Crown Prince has said he takes responsibility for the killing because it occurred on his watch, but he denied having prior knowledge of the operation.

The kingdom has already tried to assure potential investors that the annual dividend is secure, promising that nongovernment shareholders will get preference over the state, receiving their share of the $75 billion payout even if Aramco's earnings don't cover the government's full share as an investor.

Still, Aramco has signaled it may go further to address investor appetite for dividends and the company's goal of achieving the highest valuation possible. Aramco might raise the initial annual dividend payout by $5 billion to $80 billion, according to an Aramco executive. It could also increase the payout to $100 billion over the short term, according to the executive. That would generate an initial dividend yield of 4%, based on a $2 trillion valuation. At a $100 billion payout on the yield would equate to 5%.

Aramco is betting on broad support for the offering from domestic investors, while hoping to sell about 50% of the issue to international investors, the Journal has reported.

That might not be enough to win over some key global investors.

Following the September attacks on the oil facilities, the company met sovereign-wealth funds in Abu Dhabi, Singapore and Oman among others, according to a senior Saudi official. However, none of the funds committed to buying IPO shares, indicating the pricing was too high even if participation could help them achieve closer business ties with Saudi, according to the official.

Trade tensions between China and the U.S. also threaten potential participation in the offering by China's sovereign-wealth funds. In November 2017, the U.S. government intervened to stop Aramco's efforts to sell a stake to a Chinese consortium of state-held entities over concerns the deal would more closely tie together an ally with Beijing.

Rory Jones and Avantika Chilkoti contributed to this article.

Write to Ben Dummett at ben.dummett@wsj.com and Summer Said at summer.said@wsj.com