Many authors have written on psychological or behavioral traps that lead people in the wrong direction with their lives in general. Quite frequently, some classic forms of dysfunctional psychology are directly evident in investing behavior. 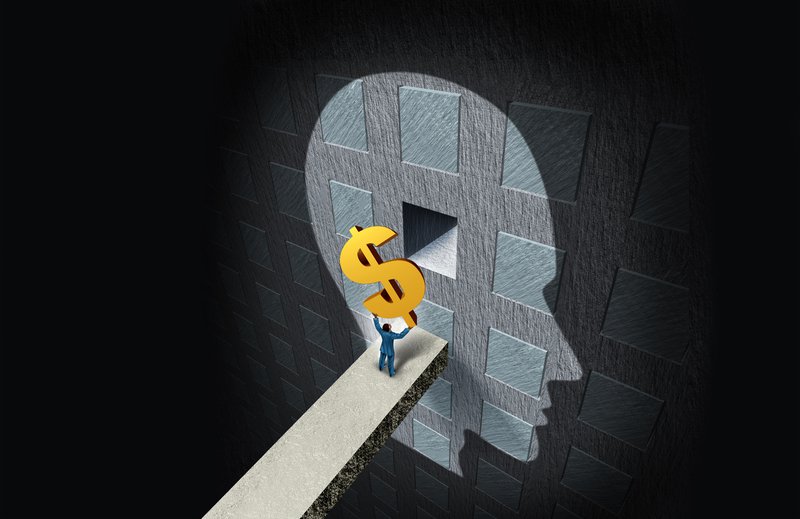 Here, we take a look at eight common psychological traps that investors can fall victim to, as identified by behavioral finance.

First, there is the so-called anchoring trap, which refers to an over-reliance on what one originally thinks. Imagine betting on a boxing match and choosing the fighter purely by who has thrown the most punches in their last five fights. You may come out all right by picking the statistically more-active fighter, but the fighter with the least punches may have won five bouts by first-round knockouts. Clearly, any metric can become meaningless when it is taken out of context.

For instance, if you think of a certain company as successful, you may be too confident that its stocks are a good bet. This preconception may be totally incorrect in the prevailing situation or at some point in the future.

Take, for example, electronics retailer Radio Shack. Once a thriving seller of personal electronics and gadgets in the 1980s and 1990s, the chain was crushed by online retailers such as Amazon (AMZN). Those trapped in the perception that Radio Shack was there to stay lost a lot of money as the company filed for bankruptcy multiple times and shrinking from its heyday size of 7,300 stores to 70 outlets by the end of 2017.1

In order to avoid this trap, you need to remain flexible in your thinking and open to new sources of information, while understanding the reality that any company can be here today and gone tomorrow. Any manager can disappear too, for that matter.

The sunk cost trap is just as dangerous. This is about psychologically (but not in reality) protecting your previous choices or decisions — which is often disastrous for your investments. It is truly hard to take a loss and/or accept that you made the wrong choices or allowed someone else to make them for you. But if your investment is no good, or sinking fast, the sooner you get out of it and into something more promising, the better.

If you clung to stocks that you bought in 1999 at the height of the dot.com boom, you would have had to wait a decade to break even, and that is for non-technology stocks.2 It's far better not to cling to the sunk cost and to get into other assets classes that are moving up fast. Emotional commitment to bad investments just makes things worse.

Similarly, in the confirmation trap, people often seek out others who have made and are still making, the same mistake. Make sure you get objective advice from fresh sources, rather than consulting the person who gave you the bad advice in the first place. If you find yourself saying something like, "Our stocks have dropped by 30 percent, but it’s surely best just to hang onto them, isn’t it?" then you are seeking confirmation from some other unfortunate investor in the same situation. You can comfort each other in the short run, but it’s just self-delusion.

Situational blindness can exacerbate the situation. Even people who are not specifically seeking confirmation often just shut out the prevailing market realities in order to do nothing and postpone the evil day when the losses just have to be confronted.

If you know deep down that there is a problem with your investments, such as a major scandal at the company or market warnings, but you read everything online except for the financial headlines, then you are probably suffering from this blinder effect.

The relativity trap is also there waiting to lead you astray. Everyone has a different psychological make-up, combined with a unique set of circumstances extending to work, family, career prospects and likely inheritances. This means that although you need to be aware of what others are doing and saying, their situation and views are not necessarily relevant outside their own context.

"I think a lot of people tend to equate their self worth with their income, or they think that social media, these days puts pressure on people to make it look like they're doing better than they are. And because of that, people feel bad," said Amy Morin, Verywell Mind’s editor-in-chief. "We look at somebody else who has a new car or somebody else whose house looks beautiful and think, 'Oh, why don't I have that?' And those emotions that get stirred up, I think for a lot of people are really difficult. Then how do you decide what you really value in life and what's most important?"

Be aware, but beware too! You must invest for yourself and only in your own context. Your friends may have both the money and the risk-friendliness to speculate in pork belly futures (as in the movie Trading Places), but if you are a modest earning and nervy person, this is not for you.

When investors start believing that the past equals the future, they are acting as if there is no uncertainty in the market. Unfortunately, uncertainty never vanishes.

There will always be ups and downs, overheated stocks, bubbles, mini-bubbles, industry-wide losses, panic selling in Asia and other unexpected events in the market. Believing that the past predicts the future is a sign of overconfidence. When enough investors are overconfident, we have the conditions of Greenspan's famous, "irrational exuberance," where investor overconfidence terms to greed and pumps the market up to the point where a huge correction is inevitable.3 The investors who get hit the hardest — the ones who are still all-in just before the correction — are often the cocky ones who are sure that the bull run will last forever. Trusting that a bull won't turn on you is a sure way to get yourself gored.

This phrase is an observation of investors' perceptions of risk. Investors will limit their risk exposure if they think their portfolio/investing returns will be positive – essentially protecting the lead – but they will seek more and more risk if it looks like they are heading for a loss.

Basically, investors avoid risk when their portfolios are performing well and could bear more, and they seek risk when their portfolios are floundering and don't need more exposure to possible losses. This is largely due to the mentality of winning it all back. Investors are willing to raise the stakes to "reclaim" capital, but not to create more capital. How long would a race car driver survive if he only used his brakes when he had the lead?

For some people, the superiority trap is extremely dangerous. A lot of investors are overconfident ant think they know better than the experts or even the market. Just being well-educated and/or clever does not mean you wouldn't benefit from good, independent advice. Also, it doesn't mean you can outwit the pros and a complex system of markets either. Many investors have lost fortunes by being convinced that they were better than the rest. Furthermore, these people are easy prey for some of the other traps mentioned above.

There are (and have always been) professors of finance at the best universities who really are brilliant — technically-speaking — and this can delude them into thinking that the pickings are easy out there in the real world. Some really do cut it, but others are in for a rude awakening beyond the ivory tower. Odd as it may sound, someone with a Ph.D. in finance may, in fact, lead you in the wrong direction (for example, too calculating, too confident), while someone with no more than a high school diploma may have an amazing feel for the market and make a fortune.

How can I avoid the anchoring trap?

What is the sunk cost trap?

The sunk cost trap refers to a tendency for people to irrationally continue to follow through on an activity or investment that is not worth completing. This is due to the time and/or money they have already invested. The sunk cost trap helps explain why people finish movies they are not enjoying, finish meals that taste bad, keep clothes in their closet that they’ve never worn, and hold on to investments that are underperforming.

How can one overcome confirmation bias?

he first step to overcoming the confirmation trap is to have an awareness that it exists. Once an investor has gathered information that supports their opinions and beliefs about a particular investment, they should seek alternative ideas that challenge their point of view. It is good practice to make a list of the investment’s pros and cons and reassess it with an open mind.

How can I tell if I am at risk of the superiority trap?

If you are asking this question, you may already be subject to overconfidence. Feeling that you know more than others or than you actually do is a crucial mistake made by novices to experts alike. As part of human nature, it is safe to assume that you may be exhibiting overconfidence in some aspect of decision-making.

Human psychology is a dangerous thing, and there are some alarmingly standard mistakes that people make again and again. It is very easy in the heat of the moment, or when subject to stress or temptation, to fall into one of these mind traps. The wrong perceptions, self-delusion, frantically trying to avoid realizing losses, desperately seeking the comfort of other victims, shutting out reality and more can all cost you dearly.

Be aware of the nature of these traps and always be honest and realistic with yourself. Furthermore, seek advice from competent and knowledgeable people of integrity who will bring you back to reality before it is too late.

Investopedia requires writers to use primary sources to support their work. These include white papers, government data, original reporting, and interviews with industry experts. We also reference original research from other reputable publishers where appropriate. You can learn more about the standards we follow in producing accurate, unbiased content in our editorial policy.