A radical shift in China’s property and pandemic policies 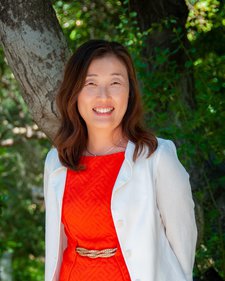 For almost three years China’s policymakers have been fighting a two-front war: against a virulent pandemic and a volatile property market. Their chosen policy instruments have turned out to be double-edged. “Zero-covid” mass-testing and hair-trigger lockdowns have saved lives at great cost to the economy. Tough curbs on property developers have stopped overborrowing, but also led to dozens of defaults and a prolonged slowdown in one of the country’s biggest drivers of growth.

In recent days, China’s policymakers have signalled a tactical retreat on both fronts. On November 11th officials released 20 measures adjusting zero-covid policies to make them a little less onerous and costly to administer. On November 13th China’s central bank and banking regulator circulated 16 measures to relieve the credit crunch in the property industry, restart construction on stalled projects and prevent a fresh wave of defaults. Together the measures amount to the biggest shift in Chinese policymaking in years. The Hang Seng China Enterprise index of mainland firms listed in Hong Kong is up by 21% so far this month. Another index tracking Chinese developers rose by 13% on November 14th alone.

The covid-19 measures include a reduction in the quarantine time for incoming travellers and an end to the “circuit breaker”, which suspends airlines that inadvertently carried infected passengers. People at two degrees of separation from a covid-carrier (“close contacts of close contacts”) will no longer need to quarantine. And close contacts must now spend a mere five days, rather than seven, in a quarantine facility (plus another three confined to their homes).

The 20 steps are not necessarily a prelude to the abandonment of China’s zero-covid policy—they may just be a refinement of it. Indeed, with infections rising, including in big cities like Guangzhou, China may see more lockdowns in the immediate future, rather than fewer. But the 20 steps still represent the biggest relaxation of the country’s pandemic stance since covid began to spread.

Likewise, the 16 measures for the property market represent “the most crucial pivot” in China’s housing policies since policymakers’ hawkish turn last summer, according to Ting Lu of Nomura, a bank. Back then regulators began rigorously enforcing limits on the amounts developers could borrow and banks could lend. Their aim was to kill the property market’s speculative momentum and cut the sector down to size. They succeeded all too well. Developers fell into default or distress, construction halted on pre-sold projects, homebuyers’ confidence collapsed and sales plunged. Housing is for living in, not for speculation, China’s government insists. But unfinished flats are bad for both.

Just as last year’s curbs tightened access to financing, these measures loosen it. They are intended to increase lending to viable developers and construction firms, avert a fresh wave of loan or bond defaults, finance the resumption of construction on stalled projects and ease the plight of mortgage-holders. Developers’ loans due in the next six months should be extended. Bonds should be renegotiated. Regulators will also guarantee new bonds issued by viable developers, including private-sector firms. China’s state-directed “policy banks” will help finance stalled housing projects and any commercial banks that lend alongside them will receive favourable regulatory treatment. Banks will be instructed to be lenient when rescheduling mortgages secured against unfinished flats or owed by individuals thrown into difficulties by covid.

Success is far from guaranteed. The measures envision local governments, state-owned asset-management firms and commercial banks working together to restructure distressed developers, without providing a template for this financial choreography. Nor are the 16 measures the government’s first attempt to revive the property sector. Indeed, they include several steps that have already been taken. In August it was announced that two policy banks would lend 200bn yuan ($28bn) to help finish housing projects. A similar announcement a month later said that six state-owned banks would lend 600bn yuan in the last three months of this year. It was also previously revealed that China’s regulators will help private firms issue up to 250bn yuan of bonds.

Together the measures, old and new, should help developers meet existing obligations. But will it help them sell new properties? When access to finance slams shut, sales quickly suffer. When it reopens, sales do not necessarily revive. It will take time for stalled projects to be finished, especially if the developer must first be restructured. It will also take time for a steady flow of completions to restore confidence. And even when buyers feel sure that a flat they buy will be built, they may not feel confident enough to actually purchase one, given declines in house prices and the weakness of an economy prone to lockdowns.

Investors have welcomed the combined 36 steps policymakers are taking to revive growth. But much remains uncertain, not least how officials will react to widespread covid outbreaks next year. It may be that China cannot truly revive home sales until it takes further steps to live with the disease. If that is the case, the 20 steps on covid may be just as important a signal to the housing market as the 16 steps on property.