‘We didn’t just plan for the financial side of retirement but also the social element,’ says this retiree 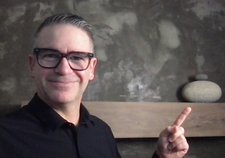 In Tales from the Golden Age, retirees talk about their spending, savings and whether life after work is what they expected.

I retired last year at age 56 after a career in post-secondary education administration. I loved my job, even during the early days of the pandemic with all of the issues that came with moving to online education.

A series of events led to my decision to retire, triggered mostly by getting a cancer diagnosis two days before my 55th birthday. I made a deal with God that, if I got through it, I would retire. I had surgery and once I was cancer-free, I began planning for retirement with my husband, who is the same age.

People kept saying, “You’re too young to retire,” and I would say, “No, I’m not; I have lots of plans.” Life is too short to keep working if you don’t have to.

When we got married, my husband and I decided that we would live and raise our two kids as though we only had one income. We saved and invested aggressively so that we could have the option to retire at age 55 if we wanted to. It meant that we’ve been able to retire without changing our standard of living. While the market drop has been hard to watch, we have a good financial plan that means we don’t need to touch any of our investment money in the near term.

We didn’t just plan for the financial side of retirement but also the social element. We knew that going from 100 miles an hour to a lot less wouldn’t be a good idea for us. My husband worked in construction, so we used those skills to buy a house that needed updating from top to bottom and worked on that for the first six months or so in retirement. COVID interfered with our travel plans at first, but we’ve gone on five different trips over the past year, including one to Montreal, three to the Caribbean and a road trip with our son earlier this summer. We have many more trips on our list, including places in Europe, Asia and South America.

In retirement, I’ve been able to increase the number of social and other activities I didn’t have as much time for when I was working. Volunteering is important to me, for instance. I work for an organization that does volunteer income-tax preparation. I would also like to do some work with Habitat for Humanity down the road. I have also thought about fostering dogs, but I have yet to convince my husband on that one.

Being able to get eight hours of sleep a night in retirement has also been intoxicating. I used to get only five or six hours a night when I was working and raising my kids. I also sleep through the night now, which I haven’t done in decades. As a result, I feel much healthier, have more energy, and get more exercise, which is great.

What’s also great about retirement is that my husband and I have had time to reconnect. He said to one of his friends recently, “I’ve got my wife back. It’s like when we were in our mid-20s. She’s so fun.”

As told to Brenda Bouw. This interview has been edited and condensed.

This Globe and Mail article was legally licensed by AdvisorStream.