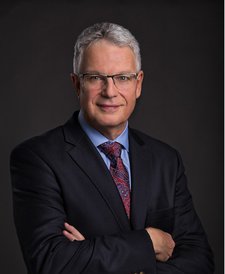 It could be time to try something new. You might find a role that suits you better and pays more than your current gig.

Hiring is picking up as the economy recovers from the pandemic recession. US postings on the job-search platform Indeed on April 9 were 17.9% above what they were on February 1, 2020, the pre-pandemic baseline. Employers are also increasingly willing to hire remote talent, meaning job seekers have more options to choose from now than they had before the pandemic hit.

With this extra leverage, job seekers are ready: Microsoft recently reported that of 31,092 full-time workers around the world, more than 40% said they were considering leaving their job this year. In the process, they could boost their earnings.

Even before the pandemic, switching jobs was a solid way to bump up your salary. A 2017 Nomura analysis found that employees who changed jobs earned roughly 1% more year over year compared with people who stayed with the same employer.

"Switching jobs is one of the best ways to make more money," Nick Bunker, the economic-research director for North America at Indeed's Hiring Lab, said. "Hopefully that translates into a boost for people's paychecks up and down the wage distribution."

The US quit rate tends to plummet during recessions, and that's what happened last spring, at the same time as unemployment hit record levels. But by September, the quit rate had bounced back, Bureau of Labor Statistics data showed.

"The average person who's employed is about as likely to quit their job as they were before the pandemic," Bunker said.

A big reason for this anomaly could be that the pandemic recession wasn't your typical economic downturn, in which people are holding on to their jobs for dear life. It was more of a public-health crisis that, in turn, decimated the economy. Many people quit their jobs because they were worried about getting exposed to the virus or they needed to care for family members.

Bunker said he "would not be shocked" if the quit rate picked up this year, with many people voluntarily switching roles. "There's probably lots of people who are reevaluating some things about their jobs and their current working situation," he said.

Many professionals are rethinking their work situations

During the pandemic, many people found that they preferred working remotely to working in an office. An April Prudential survey found that 42% of US workers who were remote said they'd look for a new job if their employer didn't let them work remotely long term.

Other prospective quitters are members of what The New York Times' Kevin Roose called the "YOLO economy." They've saved money, and now they're ready for something new — whether that means a different job or leaving the proverbial rat race.

Still, other people think the grass on the other side is greener — literally.

For workers with in-demand skills, there's probably another employer willing to pay them more than what they're making now.

Bunker said he was optimistic that workers in relatively low-wage occupations would benefit just as much as workers in higher-paying roles.

"A stronger labor market lets lower-wage workers and younger workers move up the job ladder by moving into a new job or potentially a new field," he said.

Freelancing, a trend that grew during the past year or so, is also likely to continue post-pandemic.

"There are a lot of jobs to be found remote freelancing," Adam Ozimek, the chief economist at Upwork, a platform for hiring remote workers, said. "And it gives even more flexibility to the way that you work."

And there could be a boost in people's earnings. A September Upwork study found that 75% of respondents who quit their full-time job to freelance said they were more making as much or more money freelancing.

This summer will be a pivotal time for the labor market

To be sure, there are still groups of workers who are either unable to find jobs or unable to take them.

The Washington Post reported that nearly 4 million adult US workers without college degrees had not found new jobs after losing work during the pandemic, compared with just 199,000 with a bachelor's degree or higher. Meanwhile, some would-be workers are still caring for kids or older relatives.

Bunker is watching carefully to see how the labor market evolves this summer, right before unemployment benefits expire and many schools reopen, which could motivate many people to look for paying jobs.

"How will employers try to compete for work in such an environment?" he said.

This Business Insider article was legally licensed by AdvisorStream